I managed to squeeze some runs in this week, and planning one today,too! I noticed my shins are a little tight but I think it’s because I pushed a little harder on my last run. AND…I need new inserts because I’m such a horrible PRONATOR! 😝 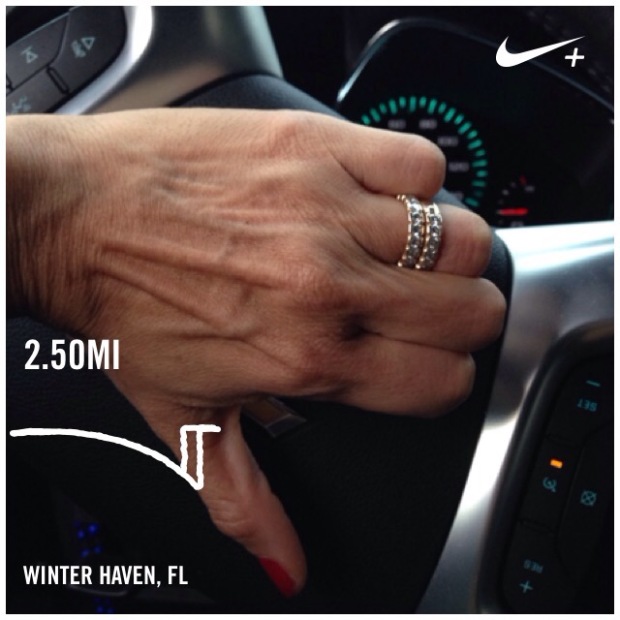 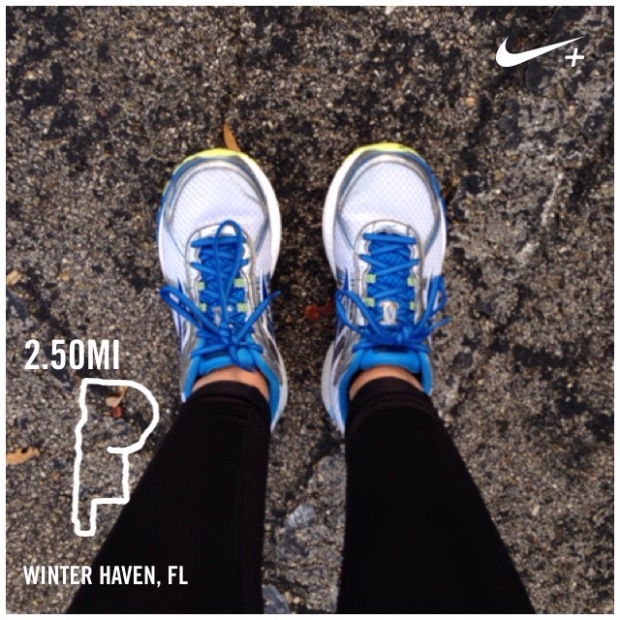 The thumbs down was the day the shins felt a little off. Oh well…

I found that running with my “oh so attractive” compression socks help and I plan on using them today. The run went ok….
My shins are DEFINITELY sore but not to the point to claim them shin splints, THANK GOD! 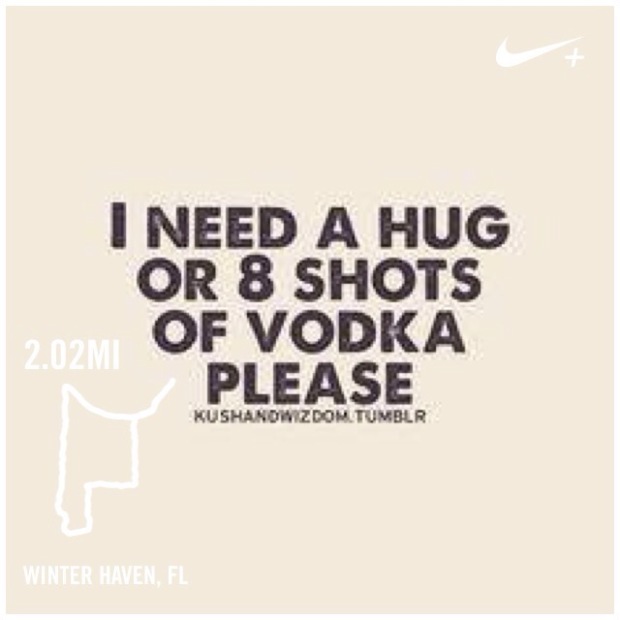 Kinda how I felt after the run today. #vodkaPLEASE

I cut it about 1/2 mile shorter today for fear of the shins. I also need to invest in a foam roller, to break that s**t up! 😉

The Gasparilla 15k is in two weeks and I’m thinking of taking it light next week. Maybe have one or two runs, I haven’t decided yet. The week of the run…I’m going to rest. I’ve not run this distance before and I’m not sure HOW my shins will hold up, so I’m not going in with sore shins. 😁

Anyone else have some shin remedies???

Ok…I’m not REALLY an overstuffed turkey because I didn’t eat as much as I anticipated. #iLOVEfood.
For the 4th or 5th year, I ran before the feast began! I decided against an “organized” Turkey Trot this year, mainly because I have a 5k on Saturday. 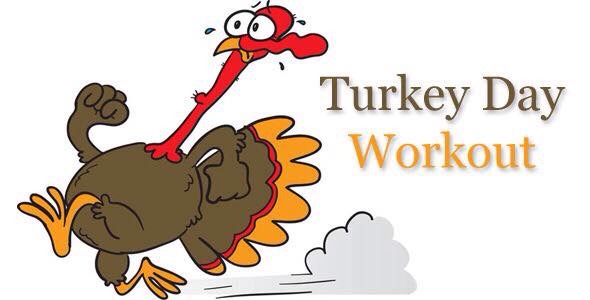 I was able to catch up with my ORIGINAL running buddy, Megan. We both have been super busy, so it was nice to catch up over some miles. I have a 4 mile loop about 10 minutes from my house. Honestly, it was odd running at home because most of my time is spend in another county, about 45 minutes from home. The weather couldn’t have been more perfect…a brisk 45 degrees. For us Floridians, that’s FREAKING COLD!! Once we started, you forget it’s cold. 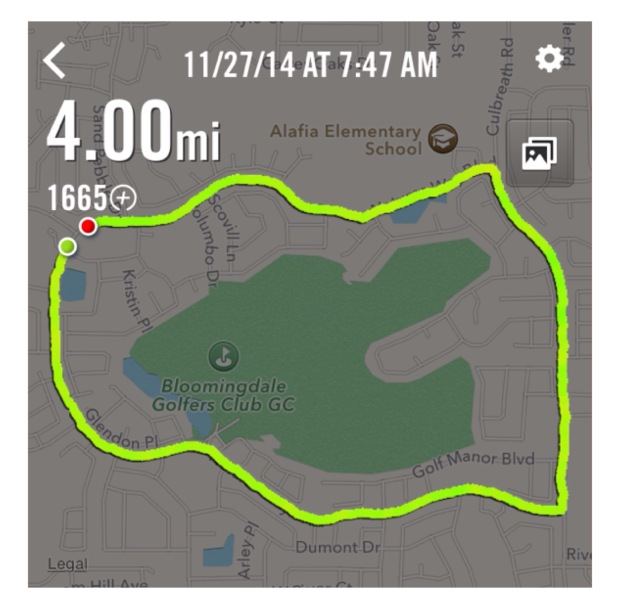 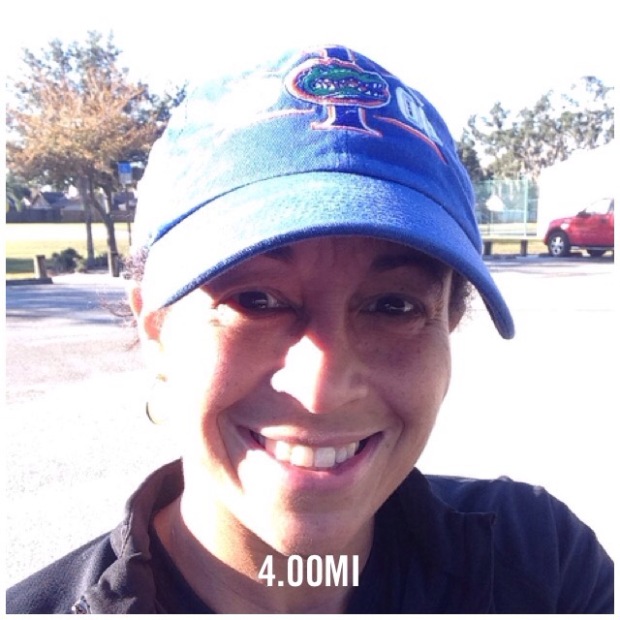 The run was GOOD and it was my first long run in a while. I needed that because I’m going to “run” this 10k. #GODhelpme
My shin bothered me a little towards the end, but as it did before, i increased my mileage and I need new shoes! I have my compression stockings on for recovery. Quite possibly, I might run in them tomorrow…. 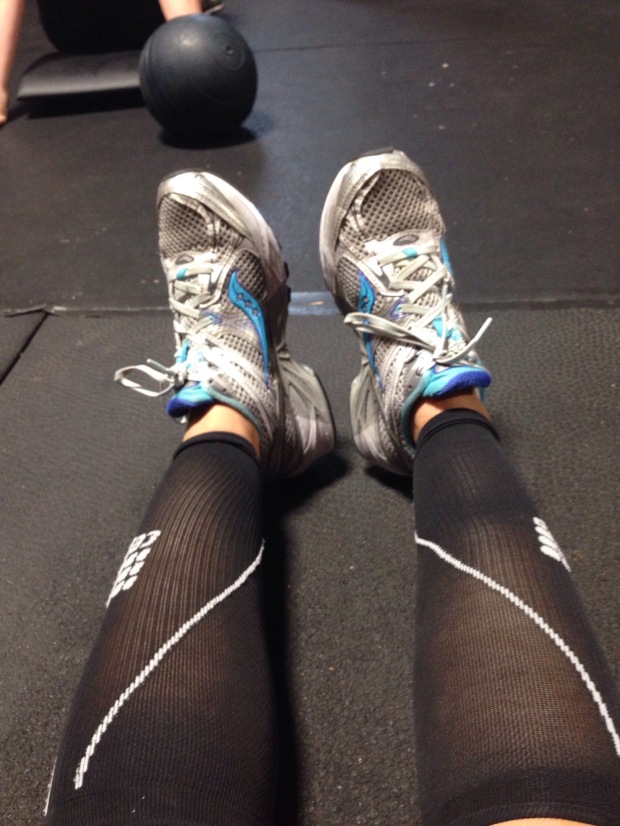 I was hungry when I came home and I did eat, but I believe you start to THINK more and make better choices, when you workout before. I mean, who wants to waste those hard earned calories that you just burned, huh??? So, I ate, but within reason…which mean I didn’t feel like a STUFFED TURKEY!!! I used to have bad habits of eating like someone was going to steal it from me!! Shoveling it all in, with no attention to what I was doing to myself. 😝. I don’t do that any more; I eat until I’m full but NOT overstuffed and uncomfortable. Lessons learned…..

My POST Turkey Day activity included a visit to my CF box, UltraFit. It wasn’t extremely early (8:30 am) but it was still extremely cold again this morning (43 degrees)!!! 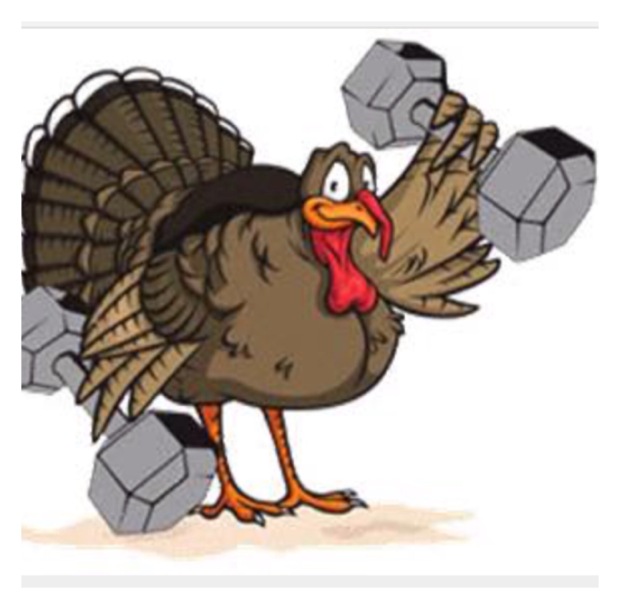 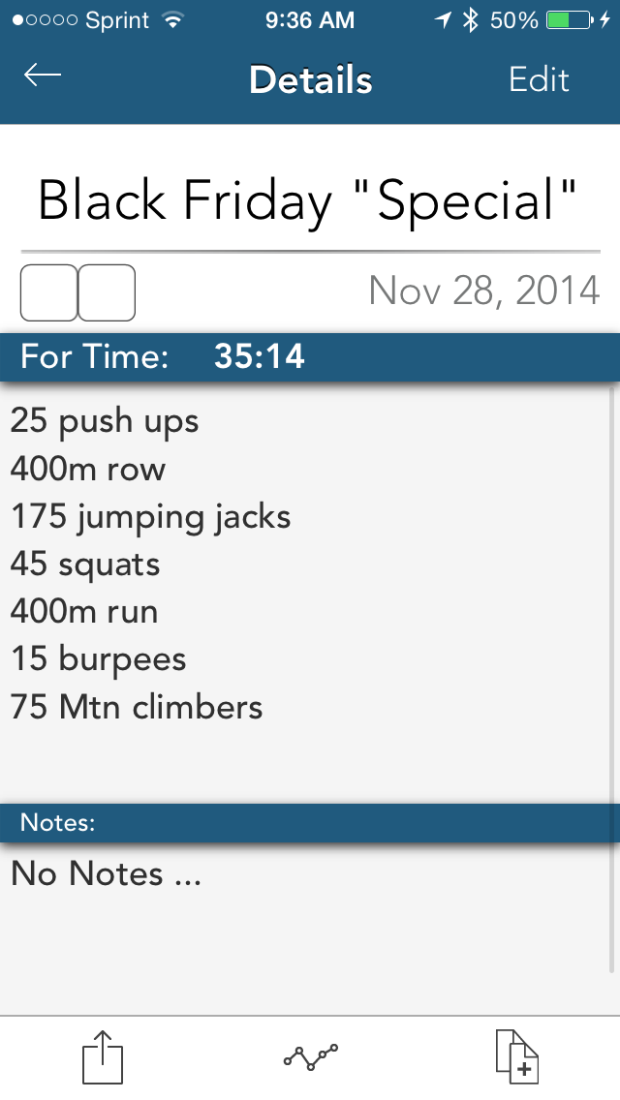 Didn’t take long for the WARMTH to make it to the party! 😉
This was a good WOD, but I felt “pukey” afterwards. All those “movement” movements did a number on my stomach. Fortunately, no incidents on the way home.

Now, I’m relaxed and processing the next step on the agenda. I have my tablet decorated for Christmas, my stockings are hung, and I’m waiting for the tree! This is a HUGE deal, because I NEVER do anything early!! I’m going to try it on….see if it sticks!!

Did you get a work out in BEFORE and AFTER the food???

PS…PRAY my left shin holds up for tomorrow’s race! I can’t STAND the thought of taking a break AGAIN!! Ugh….

I’m eating a cookie as I sit writing this post. What??? I’m having a cup of coffee to balance it out! 👍.
It’s been one of those days. But “those” days always end well because of the gym! I love being able to get my frustrations out….

Today’s WOD had my panic attack inducing “21-15-9” beginning. Remember….21 of x number of movements/exercise until all done, then 15, then 9. 21-15-9 seems mentally challenging and physically exhausting. This is why I get nervous and feel a “shut down” coming! I’m working on it…. 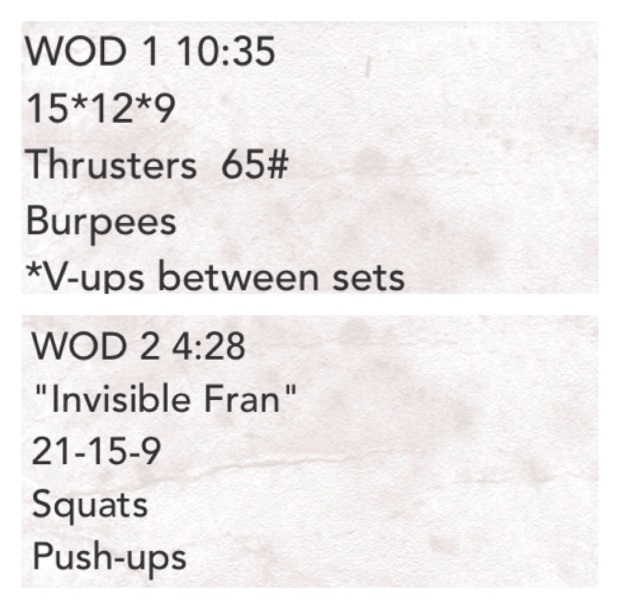 The surprise of today…there were 2 WODs, with a 3 minute break in between. O-kaaaaay……
That was brutal! And the movements were not that hard…but it felt like it! But I survived. And I needed to because I don’t want to be stuck in the land of “I suck” while my shin heals forever. Truth be told…it feels GREAT and I am so tempted to run the 5k with Julian. But for the love of running, I will be patient and wait for my return.

How was your day?

Tuesday has arrived…and almost gone as I write this post. I thought about what I was going to write about this Tuesday. As I continue to participate in my pity party, I figured I would write about what I love….Running.

I’ve been lucky enough to be a participant in his sport for about 10 years. It was a sport that I never imagined I would like, let alone love. In 2000, I decided I wanted to do a triathlon. Being a former competitive swimmer, I had the swim leg on lock! I didn’t really think much of the bike (yes…I know I can ride a bike…I should be FINE!!), so that only left the run. And let me say a big UGH!!!

I don’t like to do anything half ass, so I knew of I was going to this, I needed to face my “fear” of running. So…off I went. I started slowly, hated every step I took. But I wasn’t going to give up….

I did my first 5k about 3 years after I started running. The delay was because I was graduating from PA school, had a baby, and, oh….finding a job. It all fell into place, as it was supposed to. I kept running as a stress reliever. Working full time, having a baby, and a husband that worked out of town = one stressed out Angie. Running got me through some very dark, sad, and stressful times.

Outside of the physical benefits, I liked how running made me feel on the inside. It was by “happy place. It was the only thing, and still is, that I have during my day that doesn’t involve anyone or anything else. It’s just me, my music (sometimes) and the road.

Now as I am looking at another hiatus from running because of injury, I’m scared I won’t be able to do what I love. This is my second bout of shin splints in a few months. I am disappointed at myself because I’m in some pain while running. I’m mad at my body for “betraying” me, and I have been so good to it. Why me? Why again? Why now?

Here’s where I put myself in check…
I am here! I am here every day…breathing good air and being thankful for another day. I can still move when I want, when others can’t. I can still walk, and eventually run, when others can’t. I figured instead of focusing on what I don’t have right now is just wasted energy and time. It also builds up a bunch of negativity, and I don’t have any room for that now!

So what do I LOVE on Tuesday and all other days? RUNNING
I miss it now like I’d miss a loved one. But we will
Be reunited again, my friend! 🎶Reunited….and it feels so goooood

Ever had something that you had to stop because of injury?
How did you handle it??

PS…I hoped to be healed for a triathlon in June. Fingers crossed and lots of prayers.

As much as I hate to admit it but I think I am going to have to take a little break from running. My shins seems like they are on a roller coaster ride…somewhere stuck between good and not so good! I find it frustrating that they don’t hurt during activity. The PA in me tells me I need to step back from running for a bit. The pseudo athlete in me says “keep going!”. I’ve been down this road before with my shoulders…that’s right shoulderS!! I didn’t listen to my body and kept going on. Fortunately, it was nothing more than tendonitis on both. But each required NO upper body work for 6-8 weeks.
#boo

I can supplement my running, for swimming or biking. I need the endurance while I rest! God’s way of telling me to take a break….but I’m not in love with the idea! But then again, HE didn’t ask us what WE thought any way! Therefore…I leave it in his hands.

Ever had to stop doing something you love because of injury?

No more true words have been uttered than “THANK GOD IT’S FRIDAY!!! What a week…

END_OF_DOCUMENT_TOKEN_TO_BE_REPLACED

The WOD today was pretty neat… 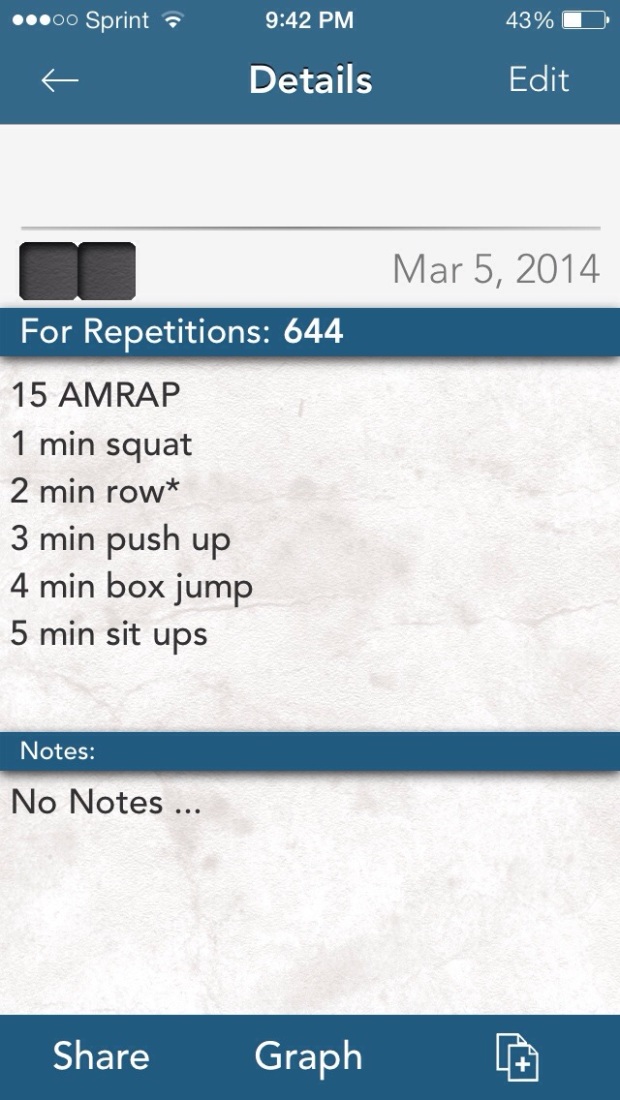 I substituted the jump rope, which for me would be double unders (DUs), because of my shins. I am still a little sore from LAST Monday’s WOD. Coupled with the fact that I had horribly run down shoes that I continued to run with/on. #moron
Then a quickie run ( 1.07 miles to be exact)

Why the long face?

I was informed on my way out that we are going to do 14.1 from the CrossFit Games open. I’m ok with that EXCEPT for the DUs!!! My poor shins!! Ugh….I’m going to bed!!!

Super happy because I got my run in today. I think I’m gonna make this a regular thing with my friend, Leslie….a Fit Friday run. We run before we have to get our kiddos from after care at school. 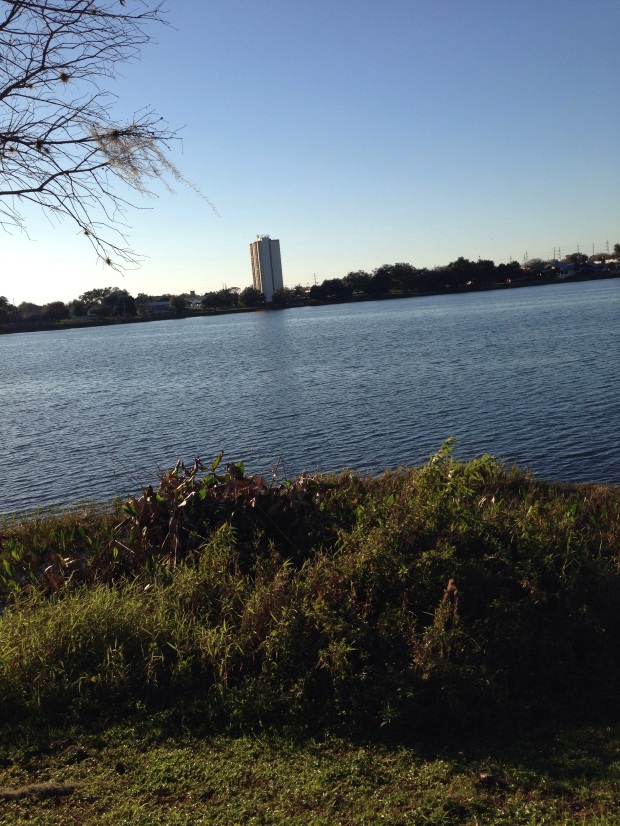 This was the view of the lake that we ran around. Of course this shot was LAST week because I didn’t want to show you the dreary weather of THIS week. Still a stunning view!! I liked being able to get this run in before the rest of my day continues, ie..”mom duty”. I would have gone a little further but “No Plan Angie” is still running in the same shoes that need to be replaced. Shins were starting to ache, so I did the 3 miles and stopped. 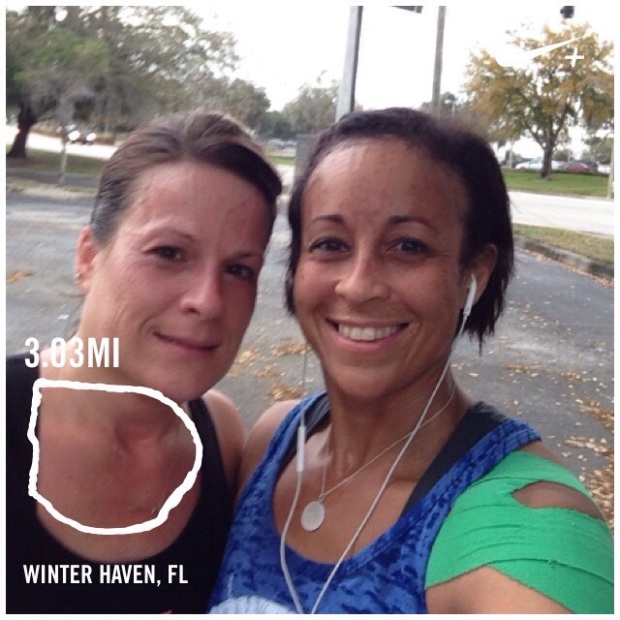 Leslie and I…she looks THRILLED to be with me, doesn’t she?? Our Fit Friday pose.. #FF
I haven’t had an adult running bud in a while, since my friend was sidelined with plantar fasciitis last year. She has pretty much given up running…so I have been running solo. But Leslie and I agreed to run on Fridays to keep each other company and motivated. (I some where along the line got off track with running but I’m back on it). We may not be the fastest runners, but we are lapping everyone on the couch, right??

J and I will have a run on Sunday, and hopefully I’ll have new shoes, too!👍
How lucky am I, with TWO people to run with!!!
Hope you have a great weekend!!

Question
What are your exercise plans this weekend?